For this post, I discuss how to use a twitter bot with Google Cloud Shell to tweet the Eskom load shedding status. The source code for the Eskom Load Shedding Twitter bot is hosted here on Github. 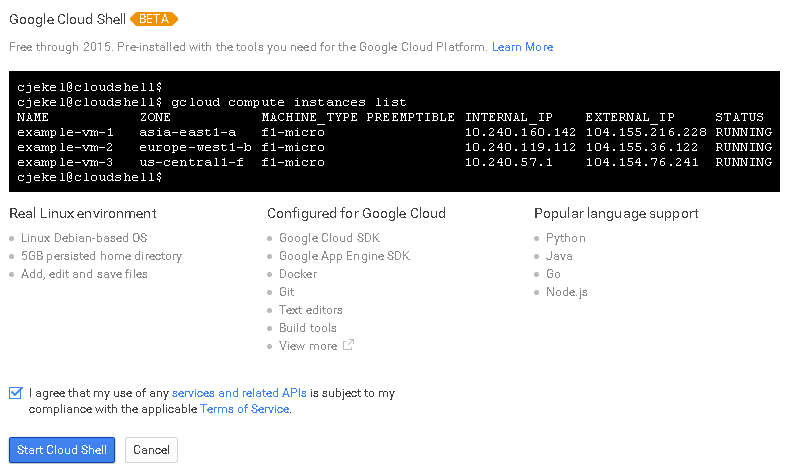 We’ll start by creating a twitterBot directory, and then opening the newly created twitterBot Directory. If you’re familiar with a shell environment, you’ll already feel right at home.

If you are unfamiliar with vim, you’ll need to enter :i to enter insert mode so that you can paste the script into the editor. It can be noticed that I’ve changed the Twitter authentication details to my own, you will need to do the same. To exit insert mode on vim you’ll need to press esc. In addition, to save in vim enter :wq!.

Alternatively the Google Cloud Platform has other methods for accessing the cloud storage used by the Cloud Shell. 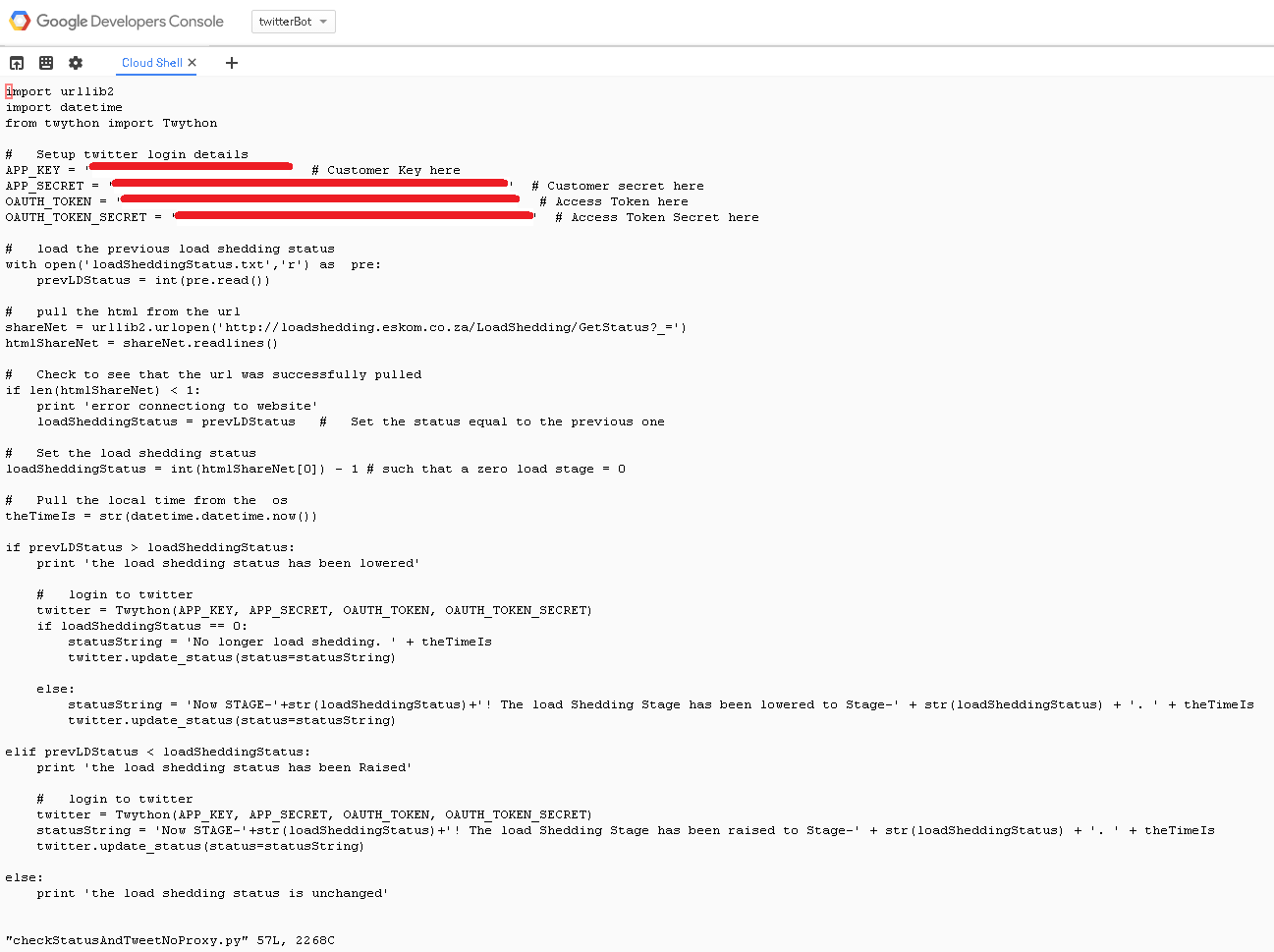 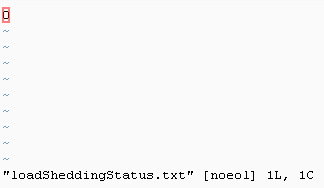 We’ll create a loop that runs the python script every five minutes, similar to the script found here. 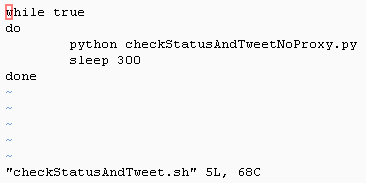 Google Cloud Shell appears to timeout after one hour of inactivity, although a warning message pops up that you can click to extend the session.

While the files will remain from our previous Cloud Shell sessions, the software we installed will not. This means that you will have to install Twython every Cloud Shell session. If installing the software you need for every instance of Cloud Shell is a problem, you could setup a script to automate your software installations. For our case, we could incorporate pip install twython into checkStatusAndTweet.sh.