A user browsed 146 Tinder profiles using tindetheus with a total of 859 images. There were 745 images in which the MTCNN [1] was able to detect and bound a face in the image, as tindetheus only considers the images with just one face. Each of the 146 browsed Tinder profiles had at least one image witha unique face. On average each profile had 5 images, with a standard deviation of 2. Different pre-trained facenet models will be used to train a classification model in tindetheus to this user’s Tinder history.

Hot or not dataset

The Hot or not dataset contains 1000 female and 1000 male images from the old hotornot.com. The dataset was used to annotate labels in images, in an effort to find the features related to classifying an individual as hot or not [3]. It’s interesting to use the entire hot or not dataset to validate a tindetheus model, but it would be too much to show the results on all of the 1000 images. Thus, I’ve created a small subset of 16 females from the hot or not dataset which you can download here.

Each trained model was run on the small hot or not validation dataset. Bellow you will find the faces that each model predicted the user would like or dislike. You’ll see that each facenet model resulted in slightly different faces being liked or disliked. 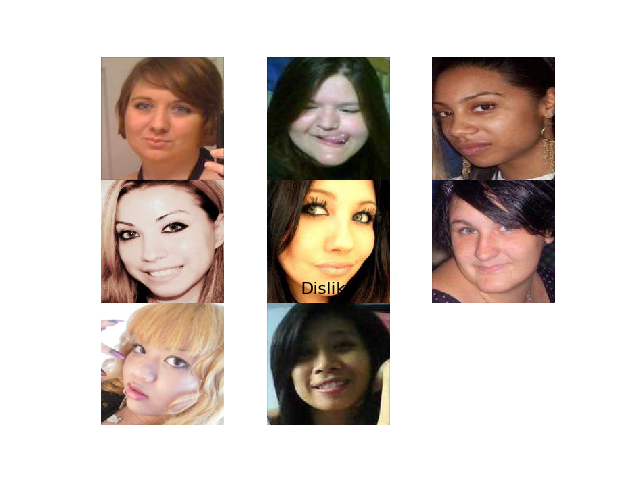 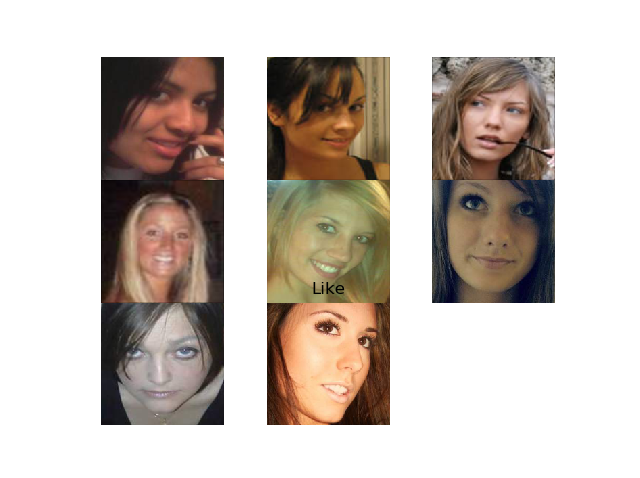 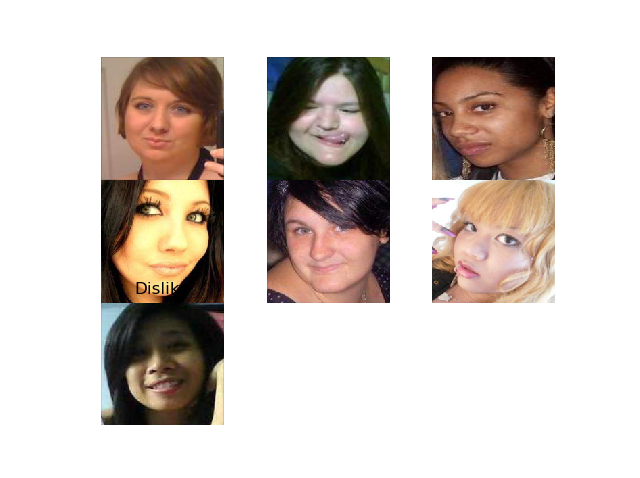 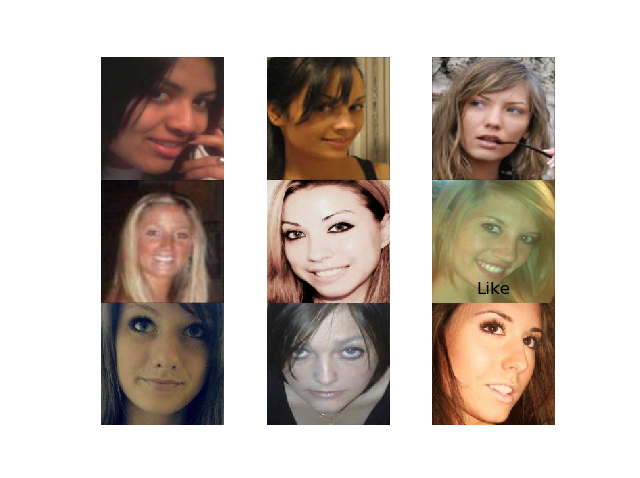 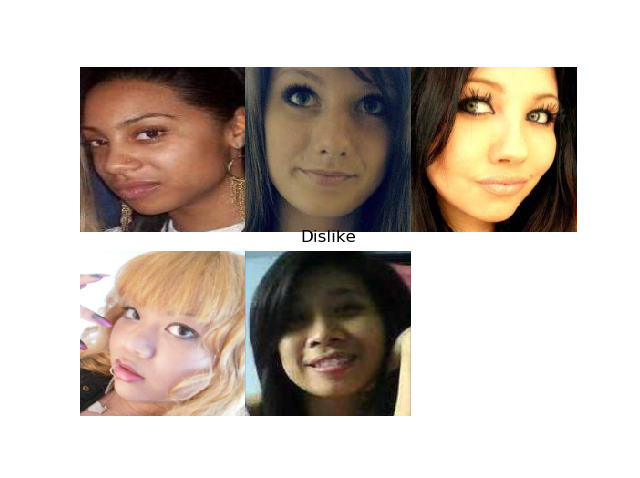 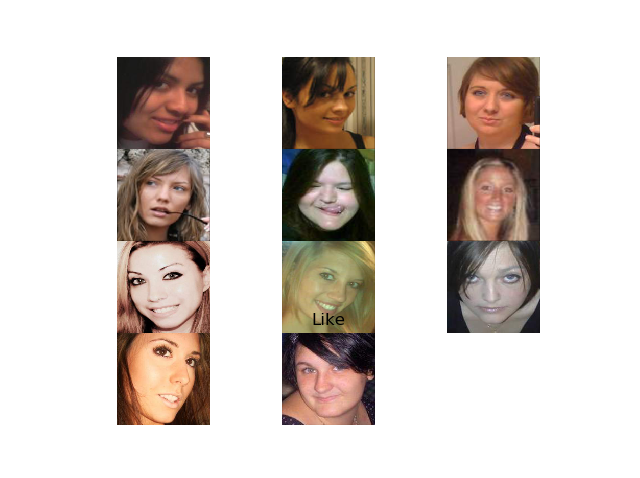 There is only one face difference between the predicted like and dislikes when comparing the 20170512 and 20180402 facenet models on the small subset of the hot or not dataset. However, there are five different face predictions between the 20170512 and 20180408 facenet models. This is a significant difference as there was only 16 validation photos.

The validate function was added to tindetheus such that users could apply their trained tindetheus model to other images. This presents an interesting opportunity to visualize the effect of using a different pre-trained facenet model in tindetheus. For this users who reviewed 146 Tinder profiles, the choice of facenet model results in different predictions on this small hot or not subset. The visual difference of the predictions may influence which facenet model the tindetheus user would preferred.