Visual Studio Code has become my absolute favorite IDE / text editor. I highly recommend those who work with Python to consider using Code. If I were to revisit my Python course, I would spend a lecture going over setting up Code for working with Python. Microsoft has created a Python extension, which includes linting (a feature that will catch errors and help you follow the PEP 8 style guide). This post will show you how to setup code, why the linting options are useful, and how to run Python scripts from code.

Some of the reasons I like Visual Studio Code:

Go download Code and install for your system. Open Code and go to the extensions tabs.

Now search for Python in the Marketplace Extension. 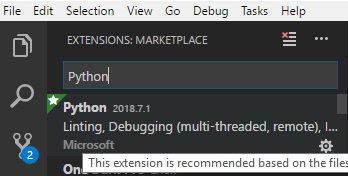 The Microsoft Python extension includes many useful features for Python development. These features include: linting, debugging, environment selection, and more. Install the Python extension. I also like to have a spell checking extension, but that is up to you.

If you are using conda run:

or you can install with pip using:

Now you need to tell Code that you want to use the flake8 Python linter. Open your settings in Code. 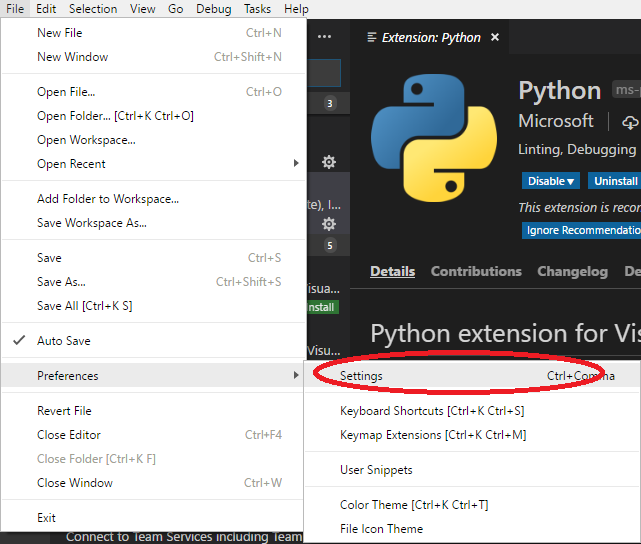 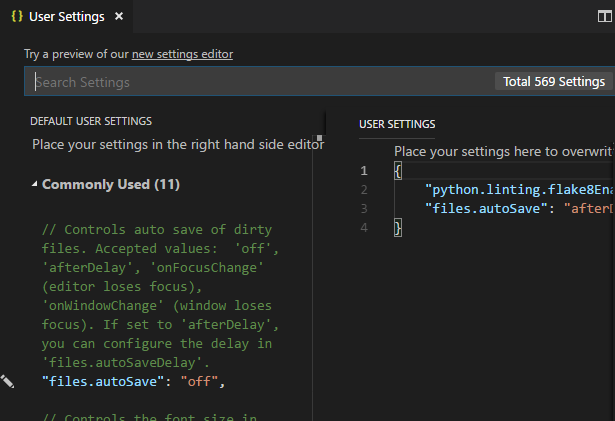 which tells Code to use the flake8 Python linter, and enables autosaving. Some people will hate autosaving (which is disabled by default), so you can decide if it’s a feature you’ll appreciate. I like autosaving, because sometimes I forget to save my script before running it in IPython.

What does Python linting do?

Linting will help you write better Python code. The best way to understand what linting does is through an example. Go ahead and create a new Python file (named demo.py) with the following code.

You may see a few warnings at the bottom of the screen. 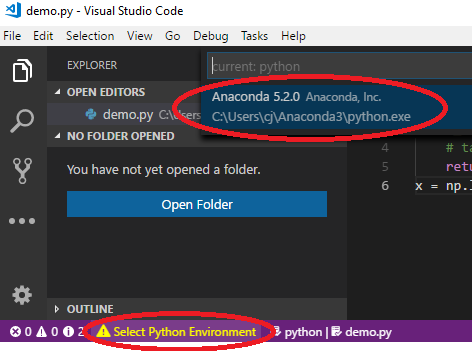 If everything is working correctly, you should start to see some red underlines on the Python code for the demo.py file. 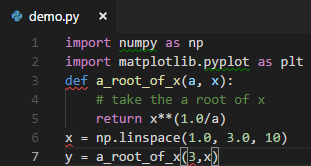 We can take a look at what these underlines mean by clicking on the warnings at the bottom of Code.

There are several problems with our code not following the style guide as shown below. 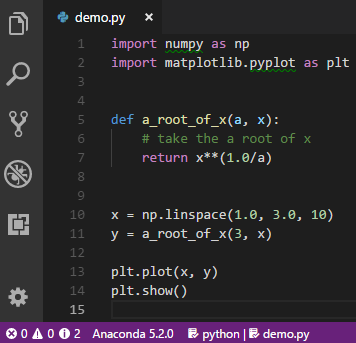 How to run Python scripts from Code

Now you can run your python scripts from Code using the terminal at the bottom of the screen. We can click on the terminal tab and we’ll see something like the following depending on your system. “ctrl + shift + `” is the shortcut for opening the terminal in Code.

Alternatively we can press F1 to pull up the commands, and select “Python: Run Python File in Terminal”. 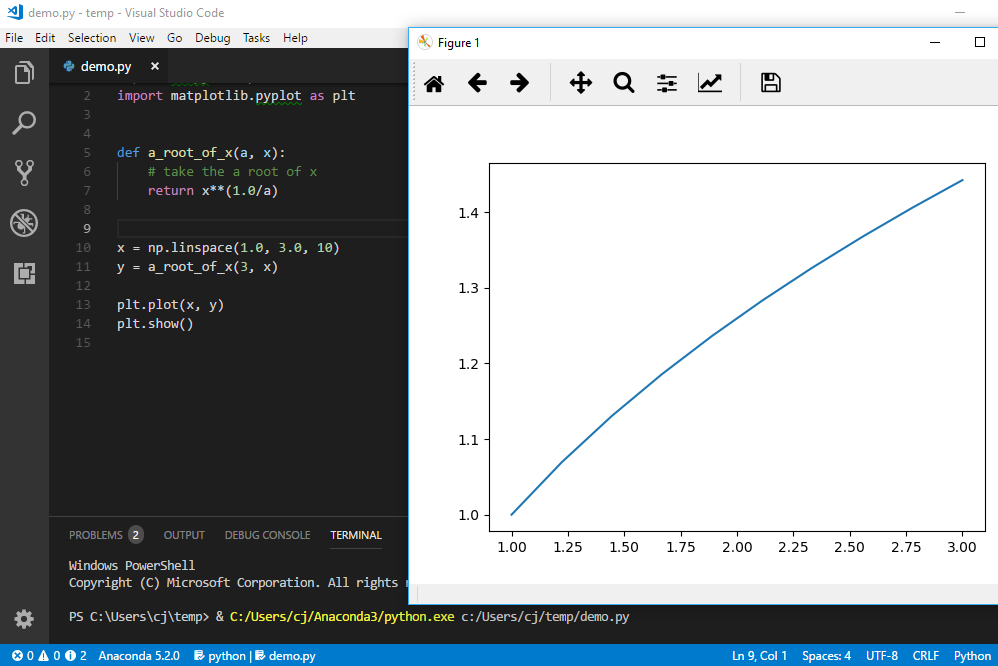 Now I prefer to run my scripts using IPython (You may need to install ipython using pip or conda if you don’t have ipython). IPython is an interactive Python enviorment, which makes it easy to run files and to inspect your variables. There are plenty of other useful features with IPython. We can type ipython into the terminal to start an ipython session.

Now we can use the IPython magic command %run to run our script. 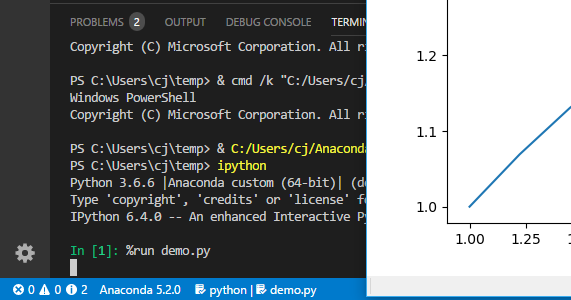 The majority of my work now is run with an IPython terminal with a Python script written in Code. Now it’s time for you to start writing your own Python! Hopefully this post has helped you get set up Visual Studio Code for Python.